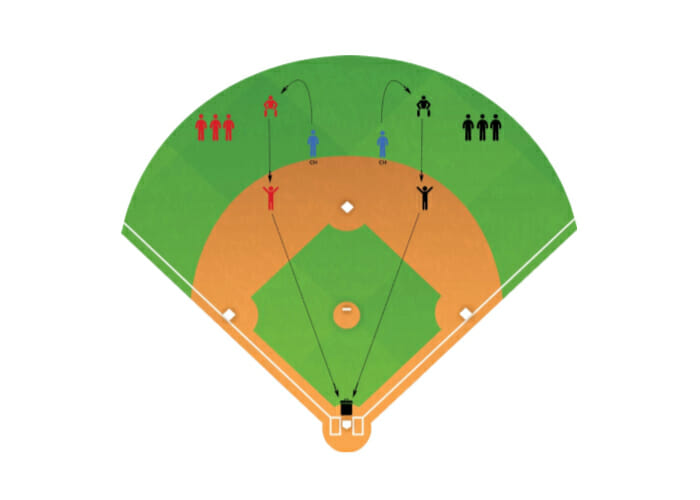 To help improve throwing accuracy and ability to get a ball from outfield to the infield.

Set Up Divide players into two teams. Position one team in a line in right center and another team in left center. One player from each team should take a position in the infield (as shown). Place a coach near each team with a bucket of balls to begin the drill. At home plate, position an empty trash can on it’s side so kids can throw a ball inside (this is the target). All players should have gloves. 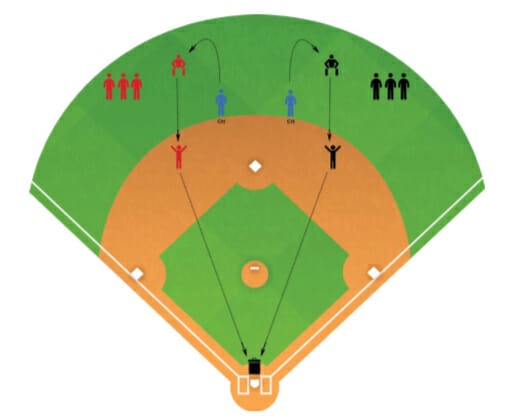 Teams compete to relay the ball from the outfield to the infield, then make an accurate throw to the target at home. Instructions Teams take turns executing this drill. One coach begins the drill throwing a ball high and behind their outfield line. The first player in the outfield line must field the ball and throw it to the infielder. The infielder should them pivot to their glove side and throw the ball toward the open trash can. Team gets a point when ball hits the trash can. After one team is done, the other coach immediately begins same drill with the other team. They alternate back and forth. Players rotate positions, infielder goes to back of outfield line, outfielder moves to infield, and next player in line becomes outfielder. Coaching Tips Infielder must prepare to receive outfields throw by creating a good target with arms extended at shoulder height. Outfielders should use a crow hop or shuffle step to build momentum for the throw. Make it harder: Have the outfield line start all the way on the warning track. Make it easier: Start with just the throw from the infield to the outfield. Then practice the throw from the outfield to the infield cutoff. Then progress to the complete drill including the relay and the throw to home.

The post Trash Can Relay appeared first on Softball Spot. 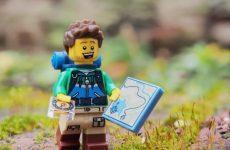 How to Stay in Shape While Traveling 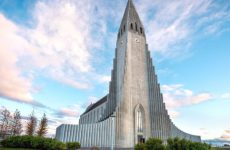 When Is The Best Time To Visit Iceland? Seasons & Weather